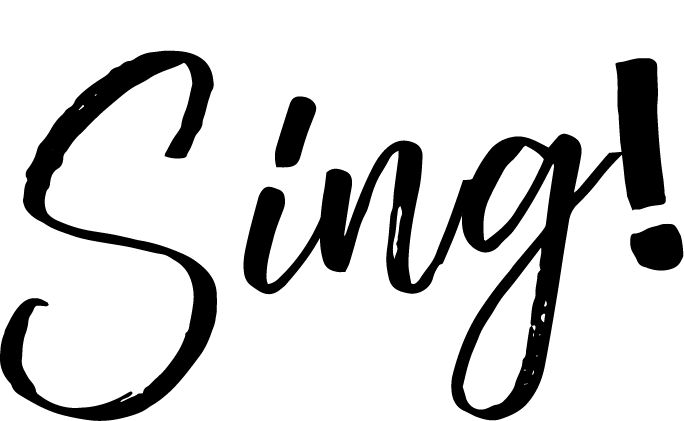 FIVE HUNDRED YEARS AGO, in the autumn of 1517, a German monk named Martin Luther began what became known as the “reformation” of the church through the preaching and the singing of the Word. You might understandably think of Luther primarily as a theologian, or preacher, but he was also a focused and prolific hymn-writer, who reinvigorated singing in what became known as the Protestant church. How the congregation sang was a key question for Luther; he believed that a truly biblical church would be one where every believer was actively participating in every part of the service, including the singing, celebrating this incredible gospel together:

Let God speak directly to His people through the Scriptures, and let His people respond with grateful songs of praise.

Many of Luther’s enemies feared his hymns more than the man himself. Singing was at the heart of the Reformation—indeed, such was the conviction of the man who was in some ways Luther’s predecessor, the Bohemian Jan Hus, that he was martyred for (among other things) speaking the “heresy of congregational singing.”

Luther was passionate and serious about the art and practice of music and congregational singing—a passion that today in many churches has arguably lost its focus. The theologian Ligon Duncan has said, “There is no part of the worship life more in need of reformation today than congregational singing.” But this reformation will not come by simply telling people to sing, any more than telling a child to eat something they don’t like makes much difference for very long. We need not only to know that we ought to sing as Christians, but to learn to love to sing as Christians.

THE FIVE GOALS OF THIS BOOK
This book has been years in the making (partly due to a promise we made to a good friend that we wouldn’t write a book until Keith passed his fortieth birthday). Grown from our passion for congregational singing, it’s been formed in our traveling and playing and listening and discussing and learning and teaching. And in writing it, we have five key aims:

We have also added a few “bonus tracks” at the end with some more practical suggestions for different groups who are more deeply involved with church singing. But just before we start, a health warning. We want to be practical—but not prescriptive. We realize (and it is worth you realizing) that we are all limited by our own experiences. It is easy to assume that what we are used to or what we most enjoy is what God is most pleased by. Of course there are principles that transcend styles, but we naturally bring our own personality and bias to such an emotional subject as Christian singing. Yet in congregational singing, there is no one-style-fits-all template. We love singing at our home church in our community in Nashville. The Village Chapel uses acoustic musicians almost hidden in the corner of the room to accompany beautiful singing of three to four hundred on a Sunday, which often drops to a capella in rich harmony. And we also love to lead singing at Times Square Church in New York City, which has a diverse congregation from more than one hundred countries, a vibrant Pentecostal gospel choir, and high-energy music. We have sung praise with thousands, and with just a few; we have played with full orchestras, and without any musical accompaniment at all. And each has been engaging, sincere praise that is authentic to that particular community and tradition. The more we interact with churches around the world, the more we are amazed at the beauty and colors and splendor of God’s creativity reflected in people singing His praise.

And God intends for that people—a people joyfully joining together in song with brothers and sisters around the world and around His heavenly throne—to include you. He wants you, He wants us, to sing.
Excerpt taken from the introduction to the Getty’s book Sing!, which will be the topic of our fall FLOCKS small group studies. Find out more at http://thesingbook.com