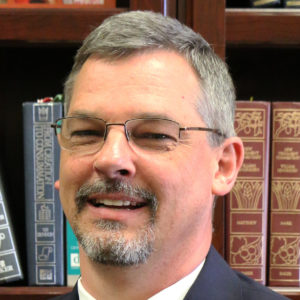 As I sit down to write this article, I see that the forecast is calling for the first week of October to have highs in the 70’s. Today is the first day of Fall and we can see the crops turning. Harvest is around the corner. Soon it will be Thanksgiving Day and many families will be reunited over the holiday as we gather together to give thanks to God for His provision in our lives.

It is very important for Christians to give thanks to God. Paul in I Thessalonians 5:16-18 states, “Rejoice always; pray without ceasing; in everything give thanks; for this is God’s will for you in Christ Jesus.” Notice that everything we are commanded to do in this verse causes us to place our focus upon Jesus Christ. As we rejoice in Him, we are acknowledging His work in our lives. When we pray to Him, we gain His perspective regarding our problems. In giving thanks to God, we are recounting His goodness and faithfulness to us. All these strengthen us in our daily walk with Him for we come to understand that He is indeed present with us and good to us.

In Philippians 4:6-7 Paul instructs us to be prayerful and thankful as a means for overcoming anxiety. “Be anxious for nothing, but in everything by prayer and supplication with thanksgiving let your requests be made known to God. And the peace of God, which surpasses all comprehension, will guard your hearts and your minds in Christ Jesus.” As we turn to God and recount His faithfulness to us, we can rest in His care and provision. Our hearts are reminded that He was in control in the past and He is in control of our situation now.

We see a real-life application of these principles in the story of David and Goliath. We are told of Goliath’s great strength and size. If his shear physical presence wasn’t intimidating enough, his weapons were sure to scare the hardened warrior. His spear is compared to a weaver’s beam and the head on his spear is said to have weighed over 15 pounds. When Goliath taunted the armies of Israel, we are told that Saul and all Israel “were dismayed and greatly afraid” (I Sam. 17:11).

Saul and Israel were looking at the Philistine army camped across the valley. Goliath was sent against Israel to fight Israel’s greatest warrior. All of Israel must have been thinking, “How many more Goliaths do they have?” “Who do we have among us that can even fight this one man?” In I Samuel 17:1-9 where we are told about Goliath and the Philistines, God is not mentioned once.

In the next verses, David is the one to introduce God. We see this in verses 32-37. “David said to Saul, ‘Let no man’s heart fail on account of him; your servant will go and fight with this Philistine.’ Then Saul said to David, ‘You are not able to go against this Philistine to fight with him; for you are but a youth while he has been a warrior from his youth.’ But David said to Saul, ‘Your servant was tending his father’s sheep. When a lion or a bear came and took a lamb from the flock, I went out after him and attacked him, and rescued it from his mouth; and when he rose up against me, I seized him by his beard and struck him and killed him. ‘Your servant has killed both the lion and the bear; and this uncircumcised Philistine will be like one of them, since he has taunted the armies of the living God.’ And David said, ‘The LORD who delivered me from the paw of the lion and from the paw of the bear, He will deliver me from the hand of this Philistine.’ And Saul said to David, ‘Go, and may the LORD be with you.’

Did David’s confidence come from being a youth or from his history with God? It is telling that David could be so confident and with concrete reasons. From what David says we learn that David was a man of faith. As he looked over his life, he saw God’s faithfulness to him. No doubt David had recounted over and over again in thanksgiving how God had allowed him to be victorious over the paw of the lion and the bear. In speaking to Saul, David was ready and eager to speak of God’s faithfulness and goodness to him. Because God had been faithful to David in the past, David was certain that God would be faithful to him in the future. Since David lived out of this confidence, he was ready to engage the enemy knowing that God was with him.

This is why Paul calls on us to be thankful. Thankfulness anchors our hearts to God, because it causes us to see how good God is and how good He acts toward us. What has God done in your life? Can your children think of ways that God has provided for them? How has God kept and maintained Evangel? How does celebrating God’s faithfulness to us strengthen us for the battles ahead? •